In Israel and the United States, missionary attempts on Jews are reaching a fever-pitch. Evangelical Christians are using every technique they possess, including converting the elderly in nursing homes, in order to lure Jews to the Cross. Scandalously, missionaries are preparing to inaugurate a new Christian Russian-language TV network will be inaugurated next month in Israel. This station is aimed at the Russian Jewish public, many of whom are painfully ignorant of their Jewish heritage following decades of Soviet oppression, as well as content aimed at children.

Incredibly, many young Jews are tragically falling for this Messianic deception, trading their heritage for a pot of lentils. Why is it that unprecedented numbers of Jews are crossing a line that their grandparents would have never dared to cross, whereas in previous generations, despite oppression and force, few Jews accepted the Christian faith? Even under the harshest conditions, which could almost complete disappear upon baptism, most Jews clung tightly to their faith. Forced conversionist sermons, decreed by the Church to be held in synagogues on shabbat, had little effect on Jews. What went wrong?

The answer is simple: today's generation of Jews prefers a strong, passionate Christianity to a watered-down, diluted Judaism. Most Jews have no exposure to authentic Jewish practice and belief, and have at best memories of bubbeh and zaideh, or resentment at being forced to attend afternoon school or "temple". An entire generation of Jews has grown up simply having no idea what Judaism is- and they have no idea what Judaism is not. To understand why the "Judaism" of the "temple rabbis" has no appeal to young people, one need only read this interview. The empty, vapid cultural Judaism has nothing to offer, complete with all its trappings of "bar mitzvah", trying to be accepted, and "Christmukkah".

It is essential to comprehend what Judaism is not before learning what it is. Judaism is not a culture, and eating gefilte fish or watching Fiddler on the Roof will not keep Jews Jewish. Cultural Judaism is a dead-end which leads to the travesties of trying to incorporate Jewish rituals at mixed-marriages, or of lighting the Chanukiyah next to the Christmas tree. Judaism is not secular Israeli nationalism, and Jews unfounded in Jewish concepts and ideals will find it increasingly difficult to accept the idea of a Jewish state. Not rooted in Jewish thought, many young Jews in the Diaspora are becoming uncomfortable with the Zionist dream. The secularization of Judaism, through "culture" as well as Zionism unfounded in Torah, is a goat-path to nowhere, a nihilistic road to assimilation and intermarriage. The millions of Jews who gave up their lives throughout history screaming the Shemah did not die for kugel or knishes.

Judaism is a covenant with G-d, established when G-d appeared before the entire nation of Israel at Sinai and presented them with His Torah. It has been, and continues to be, the way of life for the religious Jew. It is an all-encompassing system that pertains to all aspects of life, infusing them with G-dliness and holiness. When a Jew is committed to his G-d and his Torah, missionary arguments with fall on deaf ears. A Jew has no need for an intermediary between him and G-d because he knows that by keeping the mitzvot, he creates a personal relationship with G-d. He has no need for foreign waters from impure wells because he drink from the Torah, the source of living waters. Only by returning to the faith of our forefathers will our children be immune to conversion attempts.

To any Jew who is considering converting to the Messianic religious, I ask you: say Shemah, lay tefillin, keep kosher and observe Shabbat. Learn Torah with a rabbi or a study-partner. Immerse yourselves in the healing waters of the Torah and drink deeply from it. Experience true Jewish spirituality. This is the best and most sure vaccine against missionaries. 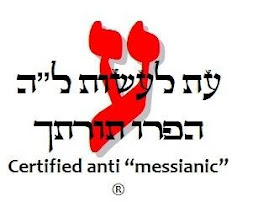 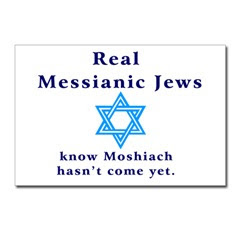 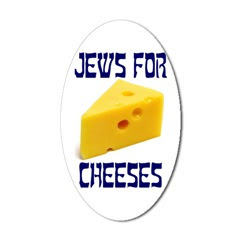